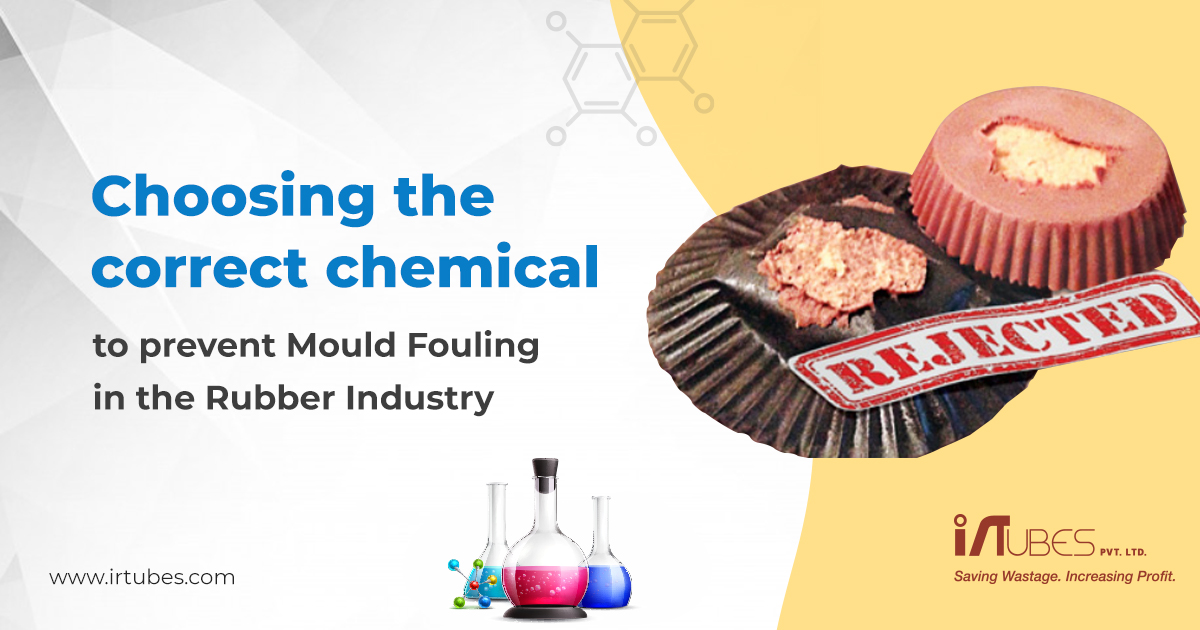 Natural Rubber and Synthetic rubber are usually cured with sulphur or peroxides. The most commonly used is sulphur. Vulcanisation is a process that is used to harden rubber but as using sulphur by itself is quite slow, primary and secondary accelerators are used to speed up the vulcanisation process.

In application, where better heat resistance and compression set is required, peroxides are used as a vulcanising agent, in place of sulphur.

Peroxides are most commonly used in Elastomers like EPDM, Silicon & in special grades of fluro elastomer.

Due to more demanding automotive application requirements we are seeing a higher need for automotive parts being made in peroxide cured EPDM.

One of the issues with rubber compound, whether cured with sulphur or peroxide, is that of mould fouling. This is largely due to the residue left behind on the mould surface during the vulcanisation process. This residue continues to build up and subsequently cause mould fouling. This makes cleaning of the mould necessary and this increases costs and downtime and in turn it also hampers the surface finish of the vulcanised rubber component.

The efficient production of high-quality moulded products in the rubber industry depends on the effective use of correct mould release agents and mould lubricants. Their function is to release intricate, odd shaped articles from the moulds. Effective mould release agents decrease the percentage of rejects and shorten the time between release and injection. Furthermore, a mould release agent should produce a good appearance and smooth finish.

Deogum 80 acts as a multipurpose Processing Additive, which can be used in a broad range of elastomers, and acts as an internal lubricant. Deogum 80 achieves a flow improvement and facilitates the demoulding /ejection after moulding.
Specifically, in peroxide cross-linked compounds, the usage of Deogum 80 lowers mould fouling and improved release from mould is observed.

Deogum 80 is a multi-purpose processing aid for a variety of elastomers with special benefits in peroxide crosslinked EPDM.

By utilizing these internal processing aids and anti mould fouling agents and decreasing the residue to the mould surfaces, the mould can then stay in service much longer before cleaning, greatly improving productivity & enhances the product appearance & increases the aesthetical value of the component.

There are a number of methods available to clean the moulds.

Deogum 80 is one such product that is both cost effective and environmentally friendly.

I R Tubes Pvt. Ltd. is a leading rubber chemicals supplier for the rubber industry. Contact I. R. Tubes on info@irtubes.com or Call: 9689927193 for more information.