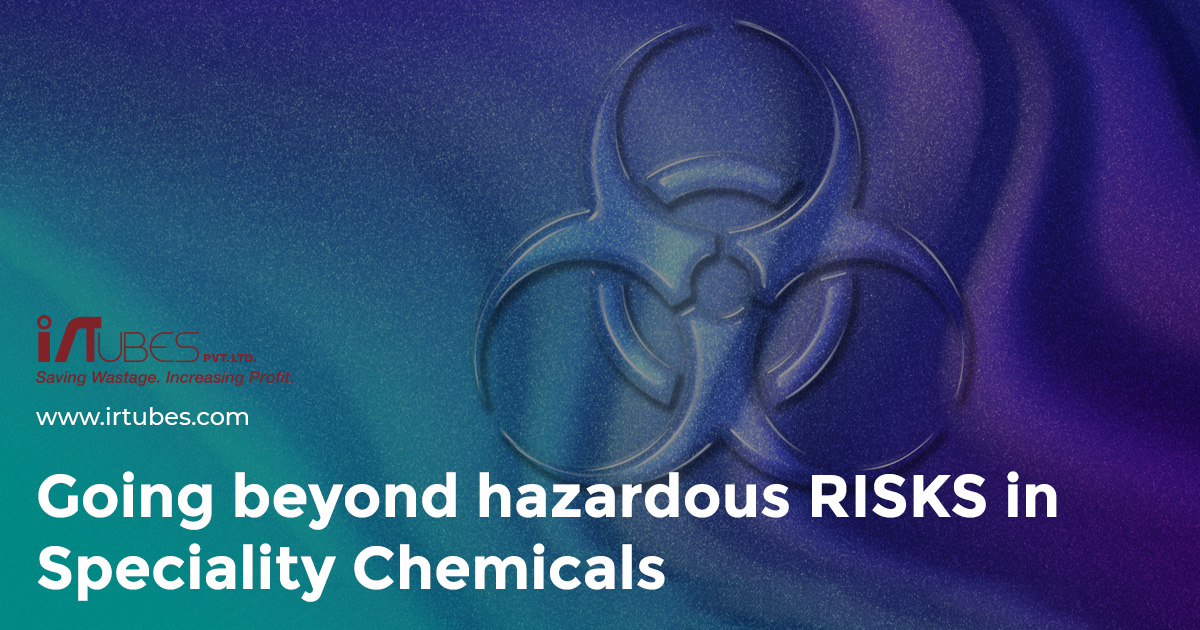 This month saw policy makers and experts come together to discuss revision in REACH (Registration, Evaluation, Authorisation and Restriction of Chemicals) as part of the European Chemical Strategy for Sustainability which aims to achieve the zero pollution by 2050

The ecotoxicologist for the Belgium SME Altertox, Leonie Mueller said and I quote, ” If we want to protect human and the environment, we need to understand the way in which chemicals cause harm”

According to a recent report by the Lancet Commission on Health and Pollution, chemical pollution caused 1.8 million deaths worldwide, which include 900,000 deaths from lead pollution, which is more than from HIV/Aids. Lead poisoning could significantly reduce intelligence across large populations.

The number of deaths from chemical pollutants was likely to be an underestimate, the scientists said, as only a small proportion of the 350,000 synthetic chemicals in use had been adequately tested for safety. The cocktail of chemical pollution that pervades the planet has passed the safe limit for the stability of global ecosystems upon which humanity depends, researchers reported in January.

Despite this alarming figure, experts believe – as long as we improve our knowledge and regulation of chemical hazards and reduce risks from exposure. However, without sufficient data, neither harmful chemicals nor safety exposure thresholds can adequately be identified in a timely manner.

To ensure we live in a safer world our principals Robinson Brothers, manufacturers of Speciality chemicals constantly research to manufacture safe chemicals. Based out of the UK, Robinson Brothers along with Nike, the popular sports shoe maker, reviewed via an independent consultancy the toxicological properties of two rubber accelerators for use in the manufacture and use of shoe components. The two accelerators are as follows

The data suggests that the exposure to AS100 in the finished article will be greatly reduced compared to MBTS. This will logically lead to minimal risk to health on exposure.  What is assumed is that the fundamental relationship that Risk is equivalent to Exposure multiplied by Hazard.  Robinson Brothers state that their Risk Consideration is based as follows

Both Toxicological properties and Exposure data of the individual accelerator and any breakdown products remaining in the vulcanised article are required to complement a Risk assessment. To ensure healthy and safe environments, assessing risk is a process by which hazards and reduced and eliminates risks.

Let us consider that

The following covers both a quantitative Exposure analysis of the two target molecules by migration and total solvent extraction. The Toxicology data is taken from data held by Robinson Brothers and the public domain.

Comparison of Exposure and Toxicology data is made and conclusions drawn on the Risk of use of the candidate molecules.

In all cases, synthetic polyisoprene was vulcanised with the corresponding accelerator at 0.75phr.

The compound was vulcanised at 150 °C. Cure time was determined dependent upon the t90. 2mm thick films were produced by compression moulding.

From each plaque 5 by 1” squared samples were cut and placed in 200ml of migratory solvent, separated by glass beads.

Extraction was carried out for 24hours at 40 °C. The amount of accelerator which had migrated/been extracted was determined.

Technique
AS100 was determined by High Performance Liquid Chromatography, a technique for separation. Detection limit 0.1 ppm.

MBTS was determined by UV spectroscopy

Standard calibration curves were established before use

In addition
Robinson Brothers commissioned a fume study with RAPRA (project no. AL0.159 of 24-06-2004). The fumes evolved during vulcanisation were captured using static and dynamic headspace. The fumes were separated by Gas Chromatography (an analytical technique used to separate chemical components of a sample mixture) and individual peak were analysed by mass spectrometry.

Based on: Risk = Exposure X Hazard the following conclusions may be drawn

In Summary
The silent threat of chemical pollution is real and ubiquitous.  Chemical manufacturing is increasing at a rate of about 3·5% per year and is on track to double by 2030. Three particularly worrisome, and inadequately charted, consequences of chemical pollution are developmental neurotoxicity, reproductive toxicity, and immunotoxicity.

Over 200 chemicals, including lead, methylmercury, polychlorinated biphenyls, arsenic, organochlorine and organophosphate pesticides, organic solvents, and brominated flame retardants are neurotoxic to humans and especially so in younger children during developmental stage of life, from fetal to postnatal life-stage.

Evidence is strong and growing that exposure to particular manufactured chemicals, even at low doses, can have adverse effects on fertility and pregnancy. Pesticides, industrial chemicals (eg, halogenated flame-retardants, plasticisers, and dioxins), environmental chemicals of pharmaceutical origin, and toxic metals have been linked to a range of reproductive problems. Prenatal and early postnatal exposure to chemicals also appear to be linked to an increased incidence of reproductive diseases later in life, including endometriosis, breast cancer, cervical cancer, uterine cancer, and testicular cancer.

Some pollutants are toxic to the immune system. For example, perfluoroalkyl acids have been associated with reduced antibody responses to vaccines, increased risk in children for hospitalisation with infectious disease, and increased severity of COVID-19 infections. Many other chemical exposures have been shown to be toxic to the immune system in laboratory studies although research on the clinical consequences of exposure is still scarce.

For most of the thousands of manufactured chemicals now in commerce there are no reliable data on developmental toxicity, reproductive toxicity, immunotoxicity, the effects of long-term low-level exposures, or the health risks of chemical mixture.

Despite substantial progress in the international arena since the 1990s to establish multilateral agreements regulating some chemicals in waste, “the global goal of sound chemicals and waste management in ways that lead to minimized adverse effects on human health and the environment” has not been achieved.