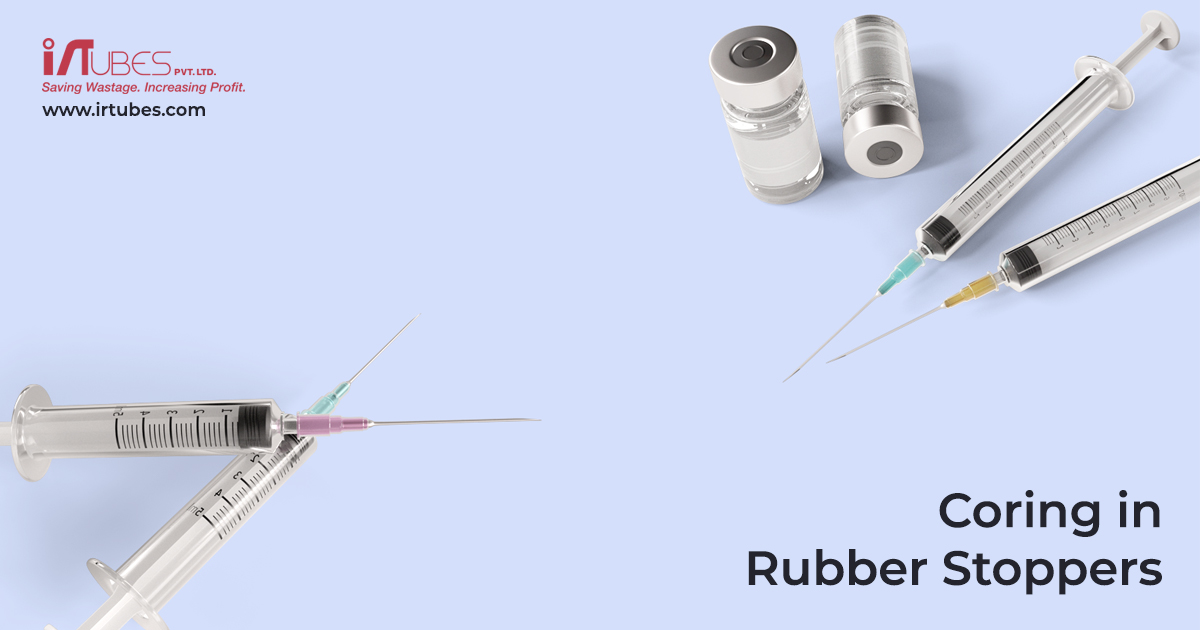 The pharma industry has been continuously innovating to solve issues whether it be in developing new drugs, the manufacture of drugs or the delivery of drugs.  In delivery of drugs, it has been found that whilst piercing the injection bottle stopper tiny bits of rubber from the stopper falls into the vial, going un-noticed. This issue which can cause harm is known as Coring.

Coring is the shearing off a portion of the rubber stopper from a medication vial as it is pierced. Per one study, the incidence of coring was 29% with blunt plastic needles as opposed to only 4% with acutely bevelled sharp steel needles. The cored fragments can be difficult to visualize because of their small size. These microscopic rubber particles can contaminate the medication. Many incidents go unreported, however, and there is no definite study in medical literature linking blunt plastic needles to the issue of Coring.  Coring is seen when using both kinds of needles.

Removing the stoppers altogether may sound like a simplistic solution but may increase the potential for errors in dosage, dilution, contamination, and waste. Medical literature has said however that although there are no data, it would seem likely that coring events may be both unrecognized and underreported.

So how does one fix this issue which has been known to have serious consequences and, in some cases, even death.

Solutions to the problem of Coring

There are strategies that the user can employ to help reduce or eliminate the risk of coring. If the needle must pierce a stopper, there is a needle insertion technique that reduces the risk of coring during needle insertion through the stopper of a medication vial. The needle should be inserted at a specific angle to the plane of the stopper with the opening of the needle tip facing up (i.e., away from the stopper). A small amount of pressure is applied, and the angle is gradually increased as the needle enters the vial. The needle should be at a 90° angle just as the needle bevel passes through the stopper.  However, given that with every human intervention there is the possibility of error we would need to look beyond the end user to eliminate the issue.

And here is where the manufacturer comes in.

Pharmaceutical packaging, including glass, rubber, plastics, ceramics and metal, is an inescapable component of any drug. It is an established fact that pharmaceutical packaging material is critical to the stability of a drug.  The care taken whilst transporting the vaccine for COVID 19 is a case in point.

Getting to the “Core” of the issue

At the heart of the issue of Coring is the rubber stopper used in the vial.  The stopper should have many superior characteristics, such as corrosion resistance, low moisture absorption rate, non-physiological toxicity, and excellent airtightness.

Rubber formulations employed in the pharmaceutical industry for closures (stoppers and plungers), employ bromobutyl rubbers as the base. Bromobutyl rubbers typically have lower levels of extractables compared to other rubbers, and excellent resistance to permeation by water and oxygen. However, when selecting the most suitable rubber formulation for a stopper or plunger, it must be remembered that the formulation comprises more than just the base rubber – it includes fillers, vulcanizing agents, antioxidants, pigments, etc. The sum of these components and the way compounding is performed, gives the formulation its properties.

Rubber formulations are now being produced that ensure much lower residuals and impurities.  For multiple use injection vials these formulations when tested for both plastic and steel needles have demonstrated lower insertion forces and lower pulling forces against other formulations.  Also there has been NO rubber fragments in coring tests, which are the best performance among vulcanised rubbers.  The types of needles being used are Steel (1.5mm diameter) and for Plastic (4 mm diameter).

I R Tubes Pvt. Ltd. is a leading rubber chemicals supplier for the chemical industry. Contact I. R. Tubes on info@irtubes.com or Call: 9689927193 for more information.